Home » How We Count Windows

How We Count Windows

Each windowpane counts as one window (except for French windows):

These are single or double hung windows that lift up and down. Screens are typically on the outside and are either full or half screens.

These are single or double hung windows with the addition of a transom on the top. 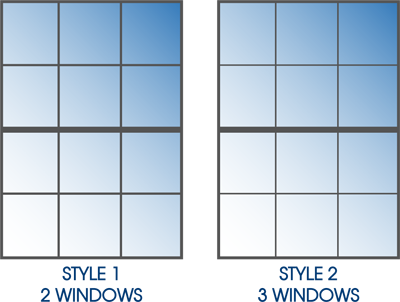 These are double hung windows that have either “false” grids or TDLs (True Divided Lights). Type 1 is a “false” divided window with a removal grid made of either wood or plastic. Type 2 is a TDL with permanent dividers – also called a French Window. We count three French Windows for every two of them, because each French Window can have 6 to 8 TDLs to clean separately. 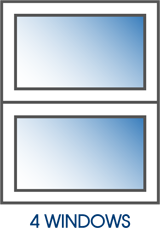 These are windows that have an additional set of windows or storm windows attached to the exterior. Also known as Triple Track Storms, they typically slide up and down and can be removed from the interior for cleaning. For example – illustration above – two windows + two storm windows = four. 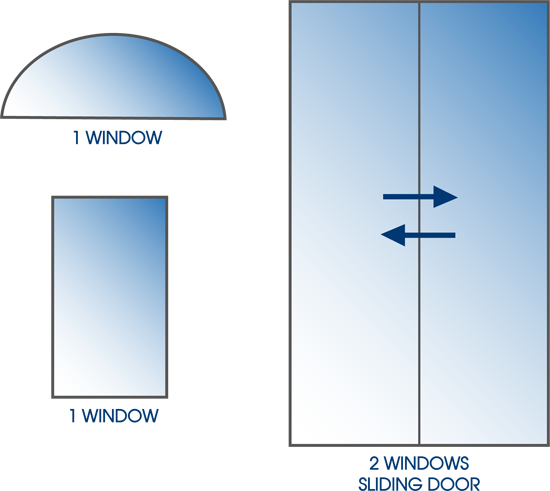 Various windows that include half rounds, half moons, sliding doors and fixed plates of glass.